Cookie preferences
This website uses cookies, which are necessary for the technical operation of the website and are always set. Other cookies, which increase the comfort when using this website, are used for direct advertising or to facilitate interaction with other websites and social networks, are only set with your consent.
Configuration
Technically required
These cookies are necessary for the basic functions of the shop.
"Allow all cookies" cookie
"Decline all cookies" cookie
CSRF token
Cookie preferences
Currency change
Customer recognition
Customer-specific caching
Individual prices
PayPal payments
Selected shop
Session
Comfort functions
These cookies are used to make the shopping experience even more appealing, for example for the recognition of the visitor.
Note
Statistics & Tracking
Affiliate program
Google Analytics
Track device being used
Products
Information 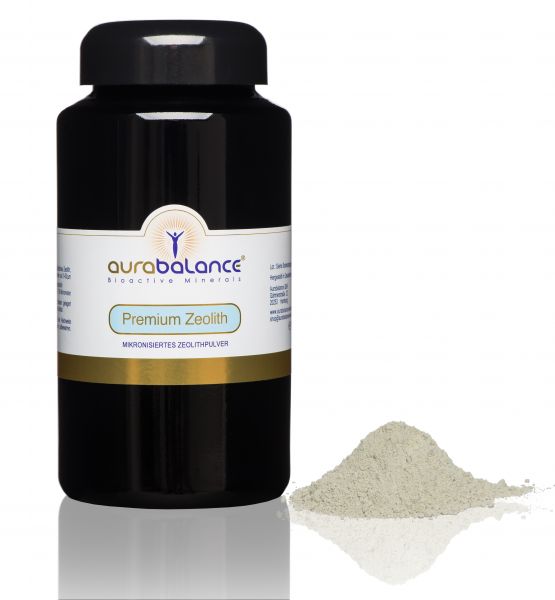 The raw material for our Zeolite is mined in the Carpathian Arc, in the north of the Slovakia. This region is known to have a very high quality of Zeolite, which reflects in the high degree of Clinoptilolite and the the high selectivity of ion-exchange against ammonium. Our Zeolite is micronized to 1-50µm with a main particle seize of 20-30µm.

Very similar to Chlorella algae or activated carbon, Zeolite has a very high surface structure. This characteristic allows Zeolite to have a filtering effect and to bind compounds to it’s surface. This is often utilized for technical purposes, for example for the cleaning of ponds or for the detoxification of cropland in the organic agriculture.

But it is also utilized for human purposes in the past.            For example after the use of nuclear weapons on Hiroshima and Nagasaki, the environment, animals and also many human beings have been treated with Zeolite, to get rid of the hazardous materials.

Also after the nuclear disaster of Tchernobyl, Zeolite has been used extensively to stop the spread of radioactive materials and detoxifications.

Recent investigations, for example those of Dr. Dr. Enrico Edinger, point out that the use of Zeolite might be helpful by the extraction of electromagnetic radiation pollution of the body.

Most people are using Zeolite during a detoxification process, because it’s said to be very helpful for draining heavy metals out of the body. This effect was also revealed during many scientific studies.

Due to the fact, that Zeolite has no food approval within the EU, we are only allowed to supply our Zeolite for technical purposes. We ask for your understanding!